Overview of Case: Leadership that Rises to the Challenge.

In this case study, we focus on Tech Brands, a division of GameStop. After rapid success, the companies comprising GameStop’s Tech Brands (Spring Mobile, Simply Mac, and Cricket Wireless) reached out to Leadership Alive in 2014 to facilitate management and team training. They needed leaders who could rise to the challenges of explosive growth and change. Through our year-long partnership, we were able to increase leadership skills, galvanize teams, and develop a culture of learning and improvement. 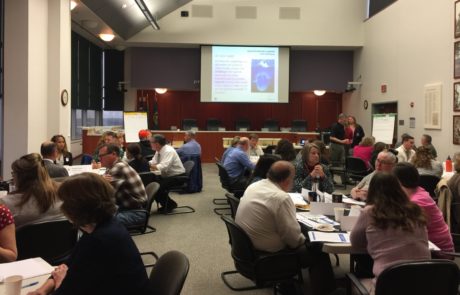 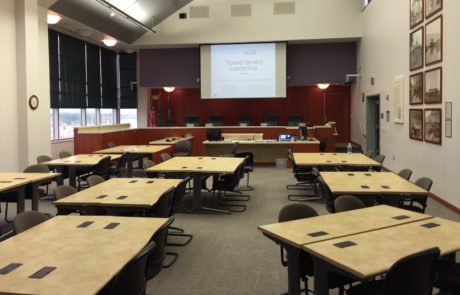 With the advent of online gaming distribution, brick-and-mortar video game retailers were facing down a crisis. Sales stagnated and stocks plummeted, so GameStop made a bold decision, broadening its business model to include a wider array of tech products, namely cell phones, and computers. In 2013, GameStop acquired Spring Mobile, Simply Mac, and Cricket Wireless, forming the Tech Brands division.

Prior to their acquisition, Spring Mobile, Simply Mac, and Cricket Wireless each had experienced growth at breakneck speeds. Simply Mac and Spring Mobile were entrepreneurial start-ups that transformed into the largest exclusive distribution partners for two of the most profitable technology companies in the U.S.–Apple and AT&T, respectively. Spring Mobile had grown from 400 sites to over 1,600 sites in about 15 months. At the time of acquisition by GameStop, Spring Mobile had already completed 37 independent acquisitions and had 7000 employees. Tech Brands would be known as the “fast growth division” of GameStop.

Thanks, Chris, for all you’ve done for us as a leadership team. We value you and the work you’ve done with the executive group. The team thoroughly enjoyed the leadership coaching and development sessions with you. — Senior Leadership Team, Gamestop’s TechBrands – SimplyMac and Spring Mobile.

The companies within Tech Brands had an amazing corporate culture, with tremendous buy-in and company loyalty. However, Tech Brands faced challenges common to many businesses undergoing rapid growth. In their efforts to scale quickly, they often had to promote from within–these were the only people who could step into the supervisory, managerial, and C-suite roles quickly enough to keep the pace. Managers became directors, directors became executive directors, and so on.

While there are advantages to this decision–familiarity, interpersonal connections, passion for the projects–there were also drawbacks. The recently promoted supervisors, managers, and executives didn’t necessarily have the training or leadership skillsets to perform at their new levels.

Moreover, there had been so much change and transition that many employees felt burned out from the speed of growth. Their departments experienced radical restructuring every few weeks. This whiplash was only exacerbated by leaders untrained in bringing teams through change. Finally, GameStop had invested quite a bit of money in this acquisition, so the pressure was on to perform. Tech Brands needed leaders empowered to fully live in their roles and responsibilities.

With these challenges in mind, the new COO of Tech Brands reached out to Leadership Alive, hoping we could provide the support and training to take each team to the next level. The COO wanted to give the leadership team a year of grace to grow into their new roles and become the leaders necessary to get the job done.  These leaders didn’t need help with quantitative skills–they needed help with the soft skills of people dynamics, leadership issues, and leading others through change.

With this in mind, we created a year-long leadership training program that would focus on 3 groups: the senior executive team (senior leaders, C-suite, VPs and a few senior and high-potential directors–20 people), the general management team (front line managers, store managers, assistant managers), and the entire operations division (~200 people). Throughout the year, Dr. Christopher Meade frequently traveled to and from their campus in Utah.

Thank you again for sharing your time and expertise with us. You have helped take us to the next level for this new season in front of us. Thanks also for always showing up and bringing such value to our company. – Senior Leadership Team, Gamestop’s TechBrands – SimplyMac and Spring Mobile.

The yearlong partnership between Leadership Alive and Tech Brands yielded several positive outcomes reported at both the organizational and personal levels.

At the organizational level, Tech Brands:

At the individual leader level, participants reported that they:

In a time of great transition and pressure, Tech Brands relied on the teaching and coaching experience of Leadership Alive and Dr. Chris Meade to help develop leaders and a culture of learning. Through this effective partnership, leaders at every level were empowered to fulfill their new roles and responsibilities.

When GameStop was able to sell Tech Brands for approximately $700 million, the leaders and teams of Tech Brands proved themselves ready and competent in the face of major disruption. Thanks to the hard work they invested in their development as leaders, they were able to cope with the sale of their division and launch into other exciting opportunities, including new ownership, new startups, and higher positions in leadership. They were able to pivot to new opportunities with the strength and confidence of leaders fully alive.

his leadership journey toward positive change allowed leadership and management colleagues to gather together, form trusted relationships, learn more about their strengths as leaders, and about how to build a shared future together that exemplifies the timeless principles of Servant Leadership.

Thanks, Chris, for all you’ve done for us as a leadership team. We value you and the work you’ve done with the executive group. The team thoroughly enjoyed the leadership coaching and development sessions with you. — Senior Leadership Team, Gamestop’s TechBrands – SimplyMac and Spring Mobile